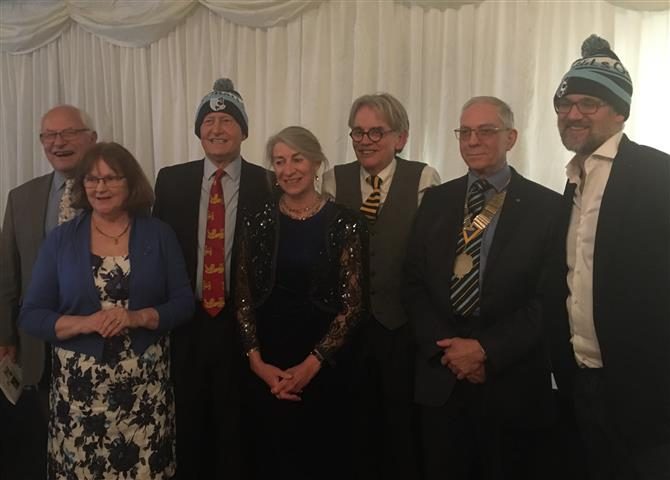 On behalf of The Rotary Club of Bedford Castle, of which he is a member, David invited his friends and Flog It colleagues, Charlie Ross and Charles Hanson to present an Antiques evening entitled the ‘The Two Charlies’ at the Blues ground in Goldington Road on March 25th. Over 240 tickets were sold over and there was a real buzz in the Marquee as the Two Charlies entertained their guests with stories of their celebrity lives in front of the television cameras and on rostrums around the world. Thanks to the generosity of donors including principal donor Old Road Securities Ltd., guests, supporters, the Blues, and the many local businesses that advertised in the programme, over £13,000 was raised. This sum will be match-funded by the ever-supportive Harpur Trust, bringing the total donated to the Bedford Hospital Charity and Friends to over £26,000.’